The growing demand by our clients for our products and their trust in us have led us to constantly change and in order to be able to meet these demands it was necessary to provide the company with more capital. In 1990, a capital increase was made and that was when importing activity began after the signing of a distribution contract with the company Presi, S.A. Due to exponential growth in sales in 1995 we moved to PAE Asuaran located in the municipality of Erandio. In 1996 and 1997, distribution agreements were signed with the companies Maxxim Medicaly Health Line to distribute Tru Touch, Sensicare, Neolon, Eudermic, Shield and Hand Safe gloves in Spain. At the same time, first supply contracts for the whole S.V.S.-Osakdetza and S.N.S.-Osasunbidea hospital network in Spain were signed. In 1998 it was necessary to expand the warehouse and a new building was purchased nearby in the same industrial park. The sales of gloves kept growing and in 1999 new centralized contracts were assigned to INSALUD and I.C.S. We concluded the turnkey installation of all scientific equipment on an oceanographic ship sailing to the Philippines. During 2000 and 2001, supply of examination gloves in several centers over the country reached the annual figures of 24 million units for latex gloves and 10 million for vinyl gloves. A General Business Policy was established aiming quality, based on EFQM principles. 2002/2003 saw the launching of magazines Medicina Actual and Laboratorio Actual. Turnkey projects gained strength with complete installation of several laboratories at UPV and in different sectors at a value of 250.000 €. Quality protocols and manuals were completed in accordance with ISO 9000:2000. ISO certification was granted and the first Beortek catalogue was issued. In 2004 an advanced logistics system was installed improving substantially routines related to repositioning and expedition of merchandize. Organization was adapted to ICTs by opening a web shop and it was possible to check customers’ orders online.
www.beortek.es 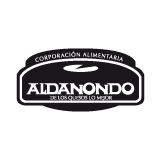 Just some of our success stories

In Igarle, we speak your language

Any cookies that may not be particularly necessary for the website to function and is used specifically to collect user personal data via analytics, ads, other embedded contents are termed as non-necessary cookies. It is mandatory to procure user consent prior to running these cookies on your website.